I recently completed the famed and fabulous Triple Bypass bike ride. The route went from Evergreen, CO to Avon, CO in about 120 miles. It took me about 8.5 hrs to complete the ride and I felt good. I’m not sure there’s any way to make a ride like this easy but adequate training makes it a very reasonable journey. 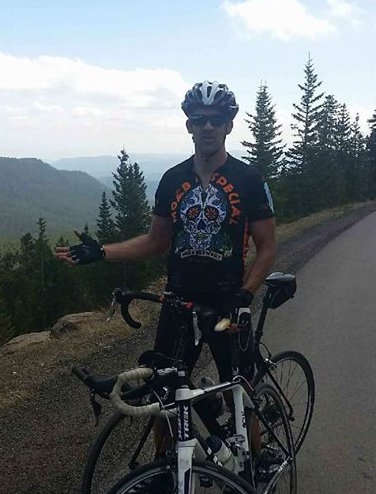 A journalist once asked the great Belgian cycling champ Eddy Merckx to give advice to young cyclists. His reply: “Ride lots.”

That answer embodies the best way to prepare for a big bike ride. In athletic training, the specificity principle means that if we want to be prepared for a thing, then we better spend a lot of time doing that thing. If I want to be a strong cyclist then I should spend plenty of time on the bike. Swimming, running, yoga or weight training probably won’t do as much for my cycling ability as cycling will. Thus, I pedaled a lot.

Since the Triple involved riding in the mountains, I rode in the mountains. I trained from early May to the first week of July. I averaged 100 miles per week. Most of those miles came from two big rides, one on Tuesday and one on Saturday or Sunday. I also did sprint intervals on Thursdays. Other rides were short, slow and easy. I ran sporadically and squeezed in about one, maybe two weight workouts per week.

Besides simply climbing, I did a lot of climbing intervals. These weren’t highly organized. They were mostly fartlek-type workouts in which I would ride very hard for anything from about 30 seconds up to several minutes during a climb, then back way off, ride easy, then repeat the process. My sprint interval workouts were similar.

(Many such workouts are more highly organized They usually consist of timed work/rest intervals such as 1 minute of work to 2-3 minutes of rest. I didn’t feel the need to be so precise.)

I was pleased with my performance. I felt strong during the climbs. I passed a lot of people and I was passed by only a few. (The Triple isn’t a race, but I still pay attention to such things. My bet is most people do too.)

What goes up usually must also come down and riding in the Rocky Mountains means there are many fast downhill rides. I have been witness to some incredibly fast descents by people who appear to be fearless. I am frequently in awe of the downhill skills of some of my fellow riders. I’m a bit more cautious and hesitant than some people. I want to go faster downhill though. I want to be a better descender. I figure if others are so comfortable with gravity then so too can I.

There’s no one magic way to descend fast. Like any skill, it takes mindful, frequent practice. I watched videos, read articles, and then went out and tried to apply what I learned.

There are numerous articles and videos on going downhill efficiently. I found this article, Descending, to be very through and useful. Among the many videos I watched, I got some good information here:

(A note on braking while descending: I’ve always heard that I should brake early, scrub some speed, then lay off the brakes as I go through the turn. The Descending article discusses why braking should occur up to the apex of the turn. It’s worth reading. Also, the video discusses how to use the front brake differently from the rear brake. All of this was valuable info to me as I worked to improve my descent. I tend to use my brakes as described in the article, and I’ve been laying off the front brake if I feel the need to reduce speed further while turning.)

With the idea of specific training in mind, it’s clear the only way to get better at descending, was to descend. I practiced a lot and I stayed mindful of the skills I was developing.

Riding a bike fast down a mountain can and probably should cause a bit of fear in a normal human brain. It definitely does in mine. The fear must be managed. It probably can’t be eliminated. I must live with it.

Whether it’s cycling, skiing, or the trumpet, Effective learning can’t happen in the presence of overwhelming fear. Too much fear causes us to revert back to old habits, clamp down, tense up and freeze. At best it means no new skills are gained and we stay frightened of the task at hand. At worst it can mean catastrophe and maybe severe injury. Thus, only through gradual exposure to faster speed, greater lean angles and tighter turns could I build my downhill skills.

My process was one in which I gradually took (and continue to take) a little more risk each time I descended. I worked on my position, braking, and leaning the bike every time. I worked to keep my fear in check. The result is that I’ve become faster and more comfortable on the downhills. I never made any great leap forward but rather I made gradual progress which I expect will continue.

Regarding fear in sports training, I found a very worthwhile articled titled Learning from athletes in extreme sports – know and use your fear to improve performance (and achieve more for yourself). I like this:

During a recent coaching conversation, a World Cup Mountain Bike racer described how, if he was in touch with a sprinkle of fear, he would execute his ride very well. If he didn’t have this feeling, he might be a bit more sloppy in his riding, make mistakes or choose less effective lines.

Thus far I feel I’ve made respectable progress in going downhill. I’ve been moving faster through turns than in the past. I wasn’t the fastest descender in the Triple but I felt I kept pace with plenty of other people. The process will continue.