Nike says “Just Do It.”  The people in Gatorade commercials look like they’ve worked within an inch of their lives.  The Crossfit mascot is a character called Pukie the Clown.  “I want you to push me,” is something trainers hear all the time from clients and potential clients.  Classes known as “boot camps” are have been very popular the past few years, complete with yelling, hollering and foot-dragging exhaustion.  We want to “test our limits.”  What’s the observation here?  If some exercise is good for us–then a whole helluva lot must be extra super awesome!!! That’s how we do it in America right?  Some = Good.  LOTS = GREAT!!!  This type of thinking sells but does it actually result in greater physical ability?

I’m reading a great book in Pavel Tsatsouline’s Power to the People!.  It’s very much making me rethink the way I train my clients as well as myself.  The book is all about heavy strength training–not bodybuilding mind you.  We’re talking strength not size.  Interestingly, I’ve noticed some parallels to advice given in the classic running book by Tim Noakes, Lore of Running.  How could it be that training for the expression of brief maximal strength might share anything at all with endurance running?

Key points of advice given in both texts amount to this: Train to the point of success, not to exhaustive failure.  As Noakes puts it:

The single most important reason most runners are prone to overtraining is, I believe, that we lack the ability to make an objective assessment of our ultimate performance capabilities.  We simply will not accept that we are mortal and that we have a built-in performance range beyond which training and other interventions cannot take us.  We believe that the harder we train, the faster we will run, and we ignore the evidence that indicates that this is blatantly untrue.  Thus we train harder and run worse.  And then, in the ultimate act of stupidity, we interpret our poor races as an indication that we have undertrained.  Consequently we go out and train even harder.

“From Eugene Sandow to Yuri Vlasov, the strongest men and women in the world have never trained to failure!  Cut the ‘do or die’ rhetoric, take a long hard look at yourself, and tell me what are your odds of becoming another exception?  If ‘training to failure and beyond’ is so hot, how come your bench has been stuck at 185 lbs. since Arnold’s first movie?”

“Ed Coan squats 875 lbs. x 3 and calls it a day although he knows he could’ve fived that weight.  Heavy training not to failure sure worked for Coan who has set nearly eighty world records.”

Is this surprising information?  Maybe not if we consider the nervous system and the SAID (Specific Adaptation to Imposed Demand) principle.  Simply stated, our nervous system always adapts to exactly what we ask of it.

If we swim a lot then we tend to be able to swim.  If we ride a bike frequently then we adapt to bike riding.  If we lift heavy weights then we tend to get stronger.  (Also, if we sit hunched over a desk for enough of our life, we tend to be hunched.)  To the point of this post, if we train the nervous system to move our bodies successfully in clean, efficient form be it running, lifting, rock climbing, getting groceries–whatever–then we are training to succeed.  If however we spend enough time going to failure–that is to the point where our technique becomes sloppy and inefficient–then the nervous system says, “You want to practice doing this exercise in poor, sloppy form?  Okay.  I’ll adapt to that.”  Thus we develop poor, sloppy movement patterns.  The result of prolonged poor movement may be tendonitis/tendonosis, bursitis, arthritis–all sorts of itis-es: pain, in other words. 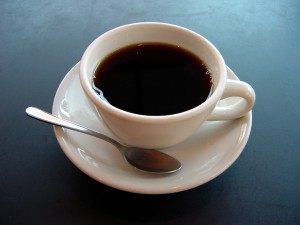