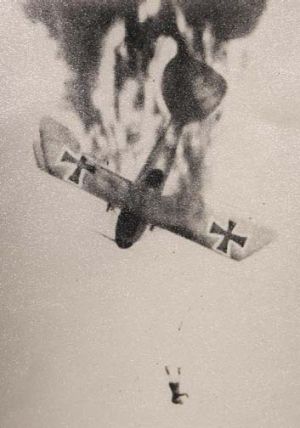 Shot down in flames! An arial representation of my recent half-marathon experience

I recently ran the Georgetown to Idaho Springs Half-Marathon. It didn’t go well! I was tired, slow, and wasn’t prepared for a road race. I bonked right near the end. I was about 15 min slower than my best half-marathon time. It was overall a rotten experience — but with a silver lining! Upon review, that I ran poorly was no surprise. Why?

I thought that since I had been running a lot that this would be an easy run. I thought I had several advantages: First, many of my runs have been over 13 miles. Second, Those runs have been of long duration. I spent a lot of time on my feet. Third, this race was mostly downhill with little climbing. I’ve spent lots of time doing hard climbs and running fast, technical downhills. Overall, I thought that my running endurance base would’ve allowed me to complete the half- in a respectable time and that I would’ve felt good doing it. Nope.

Upon review, I think a significant factor is that trail running is typically much slower than road running. And though I’ve spent many hours on my feet, trail running is different enough from road running that some of the benefits didn’t transfer. Further, I believe that running on dirt and rocks was different enough from running on pavement that my muscles experienced something to which they were unaccustomed, and that caused me significantly more fatigue than if I’d spent the same amount of time on a trail.

I can’t forget the importance of the taper. Two days prior I’d slept in a car at a trail head then run a long trail run at high altitude. Thus it was entirely normal that on race day I was full-on very tired.

This wasn’t a big race. It was just something I wanted to do. It’s just another run. There was and is no reason to fret and hate on myself because of this lackluster showing. What I’ve learned in recent years is that in “failure” there is always an opportunity to learn. This is an exceptionally valuable outlook! It’s a lot better than flagellation.