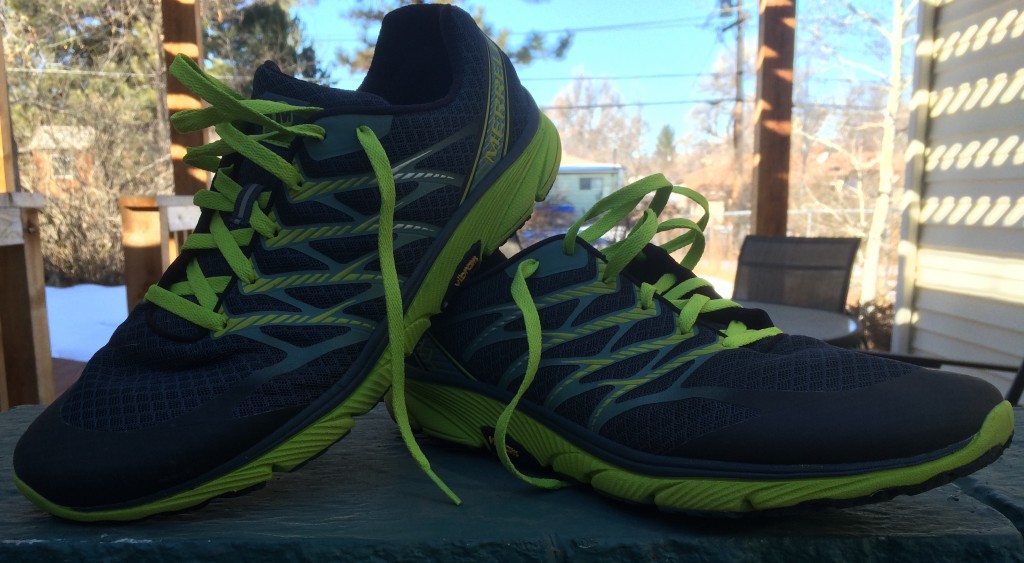 My last pair of road shoes was the Nike Free 3.0 v 5.  I loved ’em! Unlike some prior iterations of the Free, they had a roomy forefoot which allowed my toes to spread out as human toes are wont to do. Though they were a minimal shoe, they had just enough padding to make running on pavement and gravel quite comfortable.

All good things must end though and the Frees are worn out, destined for yard work. I needed new shoes.

As I said, the minimalist shoe movement has faded out a good bit. They were touted by many to be the cure for all sorts of foot ailments. (I fell under that spell.) And like any miracle cure, their “magic” wasn’t magic for everyone. Thus, the selection of minimalist shoes has shrunk.

My Internet prowling revealed far fewer minimalist shoes than I remembered being in existence. To make a long story a little shorter, I couldn’t find more of the exact Nike Free that I wanted and I felt the replacement called the Nike Flyknit was more money than I wanted to spend.

I love my New Balance MT1010s (my 3rd pair) and I recalled there being a similar version of a road shoe. That shoe doesn’t seem to exist anymore. (For that matter, it looks like the MT1010 is out of production. Damnit.) The search continued…

I looked for reviews for minimalist road shoes and found a very useful site called Run Repeat.  It aggregates shoe reviews so it’s sort of like a Rotten Tomatoes for running shoes. (Run Repeat features far more than just minimalist shoes. It appears to discuss a very wide range and brand of shoes.) I found their list for 34 Best Minimalist Running Shoes in 2016. On that list was the Merrell Bare Access.

I was familiar with Merrell shoes such as the Trail Glove but I’d never owned any. I always thought I’d like to check out a pair and the Bare Access seemed like it was up my alley: a low-drop, lightweight minimal road shoe for training with lots of good reviews. I wanted to find a pair.

A few days later I found myself at the always fun DSW Shoe Warehouse. What did I behold in that store but several pair of Bare Access Ultras — on the bargain rack and in my size!

I was ready to run as soon as I put them on. They felt very light and lively. Sounds weird but I wanted to run out of the store in them. I’m not kidding.

What’s so great about them?

All of this adds up to a shoe that feels light and fast. I honestly don’t want the run to end when I’m in them.