I’ve been trail running consistently for several weeks now. I see this as a marker of success in both the continuing rehab of my reconstructed ACL (surgery was May of 2014) and in overcoming stubborn Achilles tendon pain. If all this nice

progress continues, I plan on running the  (Damnit!  It’s sold out. I need to move on that earlier next year.) and then the Moab Trail Marathon in November. So all this trail running has me thinking… 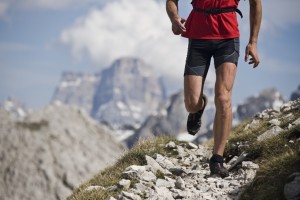 Good for me. Good for you.

An article in the Atlantic titled How Walking in Nature Prevents Depression discusses a study that demonstrates the real psychological benefits to tromping around in the outdoors. Specifically, the researchers found this:

“Through a controlled experiment, we investigated whether nature experience would influence rumination (repetitive thought focused on negative aspects of the self), a known risk factor for mental illness. Participants who went on a 90-min walk through a natural environment reported lower levels of rumination and showed reduced neural activity in an area of the brain linked to risk for mental illness compared with those who walked through an urban environment. These results suggest that accessible natural areas may be vital for mental health in our rapidly urbanizing world.”

When I’m on the trail, I’m very much “in the moment” as the saying goes. I am consumed with the ground and where I put my feet. I’m aware of the plants, the rocks, the temperature, and if I’m in the right spot, I might hear the rush of a stream. I Iam deeply engrossed in the experience. Rarely if ever do I think about the hassles and conflicts that await me in good ol’ “civilization.”

Searing physical exertion is often a part of my trail running experience as well. Despite the pain, I keep coming back. It would seem some part of my brain wants to be there.

I’ve mentioned the idea of movement variability (here and here). It (to me) is an exciting concept and a hot topic in sports skill training and injury pre-/rehab circles. The smart people at Cor-Kinetic discuss movement variability in this impeccable blog post. The writer states: 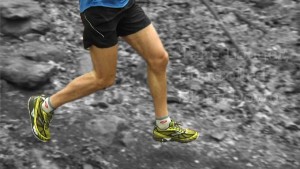 “Movement variability is inherent within a biological system. Not only is it inherent it is also beneficial for reducing risk of overload and enabling the ability to adapt to events that occur within our ever-changing environment. Elite athletes cannot reproduce exact and invariant movement patterns repetitively even through hours of devoted practice. The best movers are those that can execute the same stable end point skill but in many variable ways dependant on the constraints and context of performance. It could be that part of being resilient and robust lies in variability. The ability to tolerate load may come in part in the way in which it is internally processed through our coordinative variability.”

If we think about trail running, then we see that it takes place in a highly variable, constantly changing environment. As we run (or walk) we can’t consciously think about how we place our foot every time we step. Rather we must react. This is a job for our subconscious and our reflexes. The movement variability researchers suggest that through this process we may protect ourselves from a lot of potential injuries. (Nothing in the world however can protect us from all injuries.)

On the trail, we have to stay upright, balanced and moving while our running parts deal with all sorts of odd angles and shapes. The great part about negotiating this rocky, rooty, up-and-down environment, is that our feet, ankles, knees, hips—and especially our nervous system—builds what I call a movement database. Our brain soaks up the subtle changes in movement that we experience so we increase our runnings kills. We have an opportunity to as the Cor-Kinetic post says, “execute the same stable end point skill but in many variable ways dependent on the constraints and context of performance.” Our tissues are stimulated in a remarkably well-rounded way so that we become more durable than if we run only on flat, monotonous surfaces.

I’m pleased that I’m not the only one thinking this way. (I’d love to come up with an original thought some day.) Similar observations on trail running are discussed in the Running-physio.com article titled Trail running – Natural rehab?

The writer describes his own experience in trail running:

“Despite running long distances over challenging terrain and including more hills than I’ve ever done before I have far less pain running on a trail than I do on the road.”

And he suggests the mechanism by which this process may work:

“I’m not the only one to find this, so how can trail running reduce pain and help injuries?

It’s all to do with repetitive load – running on a fairly uniform surface stresses the same areas of the body over and over again. Those areas become overloaded and you start to develop pain. Trail running involves a variety of different surfaces – I usually run over grass, mud, gravel and forest ground with treacherous tree roots. This variety means the load on the body is constantly changing rather than overloading certain areas. It may also act as its own rehab – your body adapts to the constant challenges to your control and stability. Running a trail becomes like an advanced balance work out.”

Wisely, he goes on to discuss when trail running may NOT be the right thing for you and how to gradually introduce trail running into your routine.

All of this is anecdotal evidence. I don’t know of any strong studies that show trail running will fix any given injury. That said, a trail run fits the bill very well for a variable movement experience and it’s my belief that many runners who aren’t trail running will benefit from adding some time on the trail into their schedule.