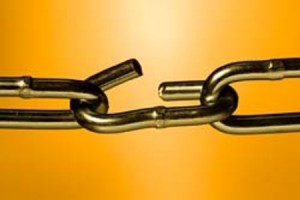 A general sort of concept is on my mind and it’s been expressed by several experts that I look up to. In his book Movement, Gray Cook says “True champions will spend more time bringing up weaknesses than demonstrating strength.” The great powerlifting coach Louie Simmons of Westside Barbell says, “The Westside program is all about finding where you are weak and making it strong.” Your weaknesses will hold you back.” Kelly Starrett discusses the idea of “making the invisible visible.” With this statement he suggests we can use exercise to expose movement problems. (He talks about this concept here,here and here.)  What does all this mean?

All these guys are telling us that rather than going to the gym and doing fun stuff that we’re already good at and simply making our strengths stronger (taking the easy route, really) rather we should find our weaknesses and work like hell to bring them up to speed.

I think most of us have an equation in our head regarding exercise.  It might look like this:

I exercise → I get stronger.

There might be a few more dots to connect between those statements though. With regard to the earlier statements about weaknesses and making the invisible visible (i.e. make hidden weaknesses visible), we might see the equation thus:

What often happens is that we find an exercise that we enjoy doing and at which we’re very strong. We really like that exercise! We do it and we demonstrate to ourselves (and let’s face it, others in the gym) how strong and able we are. Therefore our already well-developed ability gets stronger.

In contrast, I think a lot of us have discovered exercises that we don’t like. The movement pattern feels awkward, painful or somehow asymmetrical or unbalanced. We have a poor ability to execute the exercise. We may tack it on at the end of a workout if we feel like it–and we rarely feel like it. In other words, we’re weak at this particular movement. We don’t do it well and we know it so we avoid it. Thus we rarely if ever explore this particular exercise. What happens?  We probably get weaker and weaker at it.

So while something we’re already fairly good at gets better, a glaring weakness gets weaker.  And what do we know about chains and weak links? At some point that weak link (poor movement pattern) is going to cause us a problem if it isn’t already. We may not even know how strong we could be if we fixed our weakness.

My rule of thumb is: “If it’s really difficult to do and you don’t like doing it, then you probably need to do a whole lot of it.”

A lot of my clients have movement problems and various aches and pains. Their weaknesses are often rooted in a forgotten ability to move properly and maintain their joints in proper position. We frequently need to dial back the exercise intensity and simply work on slow, proper, mindful movement. Sometimes this requires a frustrating level of concentration. It gets difficult. It isn’t always fun. This frustration may lead a client to say ” I just want to work out!  I don’t want to think!” In other words, he or she want to revert to their hold habits, ignore their movement shortcomings and do what they’re already good at.

This is an important fork in the road. If a client chooses to continue to focus and do the hard work of correcting bad habits–to improve their true weaknesses–then he or she will almost certainly start to see lasting improvement in the near future. This client and I will likely have a long, productive and happy relationship. On the other hand, we have another type of client.  He or she balks at the first sign of difficulty, ignores and avoids weaknesses, and in essence chooses to tread water and only marginally strengthen their limited strengths.  He or she has picked an easy but limited route. In this case, our relationship is thankfully short.

I’m going to go into some specifics in the next post, but for now I’d like you to consider the idea that the real way to get stronger is to seek out and wallow in your pathetic weaknesses. If you think you don’t have any, then add weight, reps, range of motion and/or speed to see if things start to come apart. Recognize where you start to fail and dedicate yourself to working on those weaknesses.