Put simply, the FMS is a ranking and grading system that documents movement patterns that are key to normal function. By screening these patterns, the FMS readily identifies functional limitations and asymmetries. These are issues that can reduce the effects of functional training and physical conditioning and distort body awareness.

The FMS generates the Functional Movement Screen Score, which is used to target problems and track progress. This scoring system is directly linked to the most beneficial corrective exercises to restore mechanically sound movement patterns.

A key component of the Functional Movement Screen (FMS) paradigm is the idea of training movement patterns rather than individual muscles. For example, what muscles does the squat use?  Pushups? The deadlift?  For that matter, what muscles does basketball, gymnastics, swimming, or raking leaves use?  The answer is a lot of muscles, and these muscles must work together in sequence to create movement. (A better question might be “What muscles don’t these activities use?) This concept of addressing and thinking in terms of patterns rather than muscles is important in terms of how our brain works.  When we walk, our brain doesn’t say, “Fire the glute max, and medius, now the semimembranosus, now the semitendinosis, biceps femoris, now the gastroc, soleus…”  The brain says, “Extend the hip.”  The brain has a map of our movement patterns and it executes our movements based on that map.  An analogy might be a song.  When we hear a song we hear a song.  We typically don’t listen to the individual instruments absent the other instruments.  We hear a cohesive, coordinated song. While it may be appropriate and necessary to analyze individual muscles in some therapeutic processes, remember that our brain drives our movements via coordinated patterns.  Very typically our pain and dysfunctional movement is due to faulty movement patterns in our brain.  The FMS strategy helps restore those patterns. 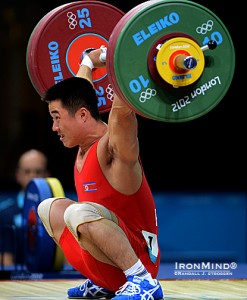 Gray Cook discusses developmental movement from infancy on up.  Babies start as helpless, wiggly blobs with no balance or coordination of any sort.  At some point in their lives they may become gold-medal gymnasts, top professional tennis players, surfers, piano players, chansaw jugglers, stilt walkers–who knows what?!  In other words they go from a highly mobile yet uncoordinated state to a much more stable and coordinated state.  This ability to blend mobility and stability into movement is called motor control. (Unfortunately due to the Western lifestyle which is chock full of sitting, these former masters of motor control often turn into weak, rigid, unbalanced, uncoordinated zombies racked with pain.  It’s not simply “age” that robs us of motor control.  We choose to avoid moving–and then we become unable to move well.)  The big point here is mobility precedes stability, and we certainly need both.

It’s important to understand that joint stiffness isn’t the same as stability.  A joint often stiffens due to injury or lack of movement.  If we are unable to effectively stabilize a joint, then that joint may stiffen as a sort of a plan B by the nervous system.  A stiff, poorly moving joint is not a healthy joint.  Why?  Primarily a stiff joint brings on poor proprioception.  In the grand scheme, a stiff joint is a poor transmitter of information to the brain, and a poor receiver of information from the brain.  It doesn’t pay attention well.  If you have trouble standing on one leg, it’s very likely that one or more of your joints are stiff.  For an illuminating discussion of the mobility/stability concept, please read the Joint by Joint Approach from Gray Cook.  The concept was born out of the observation that as we look at the skeleton from the ground up, we tend to see an alternating pattern from joint to joint in which one joint tends to be stiff and the next joint tends to be loose and sloppy. It might be a bit technical for some people but the big chunks of information will be digestible for most and it’s a very powerful concept when thinking about movement dysfunction. 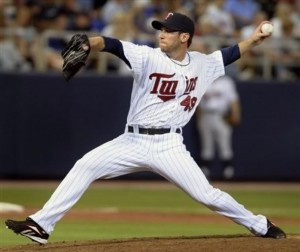 A key part of the FMS is the recognition of and correction of asymmetries. Often when someone goes through the FMS we’re able to expose asymmetries in range of motion (ROM), balance, coordination, strength, etc. One side of the body is good at a movement while the other side isn’t.  (The half-kneeling exercise often exposes an asymmetry.) Typically the test subject has no idea the asymmetry exists. He or she has been moving through life unconscious that they’re lopsided and out of whack.  In other words, we’re helping create awareness.

But why do we care about asymmetries?  Think about this: If we go to perform a squat, a deadlift, a jump, a press–some sort of movement that requires strength, power and coordination–but we’ve got one side of the body that can’t handle the job, do you think at some point we might incur an injury?  If one side is mobile, stable, and strong while the other side isn’t, what do you think might happen?  Could we see a situation where lifting something off of the ground might cause some weird torquing forces through the hips or spine?  Hello herniated disk.

Next I’ll discuss the corrective process and use some of my own issues as examples.