His left hip is adducting.

(Adduction’s opposite twin is known as “abduction,” or movement of the limb away from the body’s midline. I have no idea why it was named abduction. I think it should’ve been named “out-duction.”)

Hip adduction. What is it? 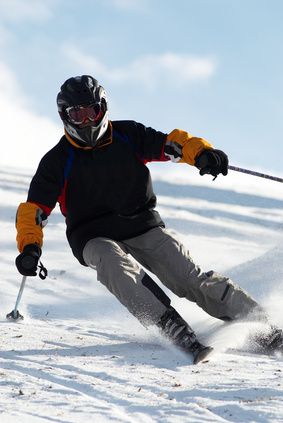 Look at his right hip and you’ll see adduction. HIs leg has moved toward his body’s midline.

Why is hip adduction important?

All of our limbs and joints are connected. We are a closely linked system of systems, not just a bunch of individual parts. What happens in one part of the body can strongly influence what happens elsewhere in the body. 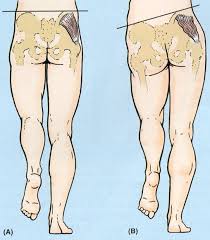 The image on the right shows excessive hip adduction during gait. Too much of this may lead to knee or back pain. It’s also indicative of poor balance skills.

Clients with balance problems often have poor hip adduction abilities. Their hip abductor muscles on the outside of the hip are often tight which limits their ability to move into adduction. This shows poor mobility. Typically, when they try to stand on one foot, the unsupported side drops uncontrolled into adduction which shows poor adduction control.

(Sometimes I hear clients say, “I think it’s just a balance thing,” as if balance were some ephemeral, magical thing that has no relation to muscles, limbs, joints and control of those parts via the nervous system. Balance isn’t “just a thing.” It’s a movement skill that is learnable and unlearnable.) 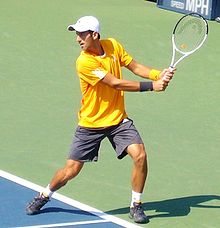 Preparing for a backhand, his left hip undergoes hip adduction. 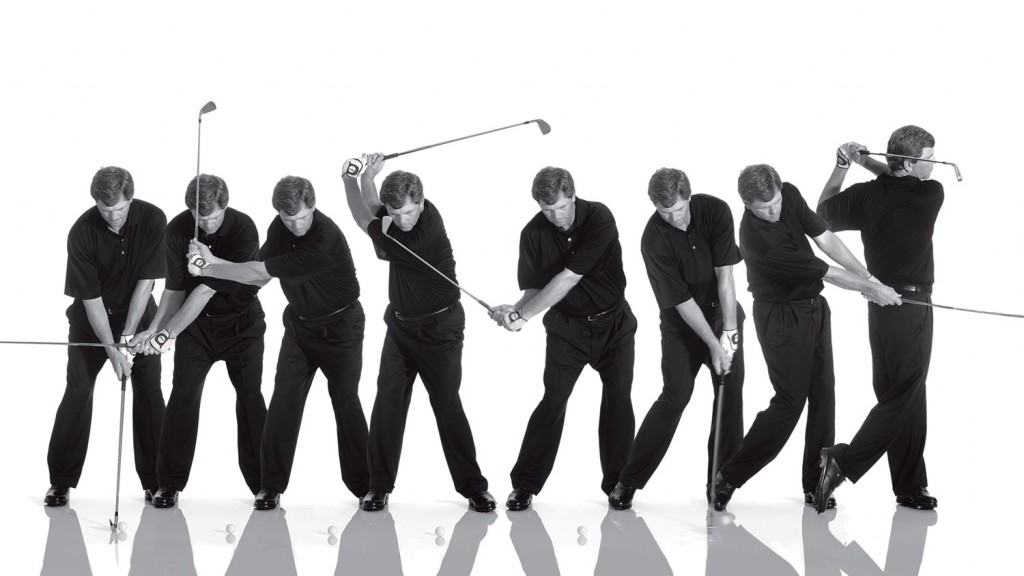 During the backswing, his right hip undergoes hip adduction. Follow through has hip adduction occurring in his left hip. If a golfer can’t adduct on both ends of the swing then there will likely be problems with the shot.

In Part II of this post I’ll show not only how to mobilize the hip into adduction but also how to build strength and stability.